An international research team led by the Technion–Israel Institute of Technology has developed an innovative, AI-based technology for monitoring obstructive sleep apnea (OSA). The prevalence of this syndrome increases with age and affects more than one in five individuals in the general adult population – particularly males and those who are overweight. 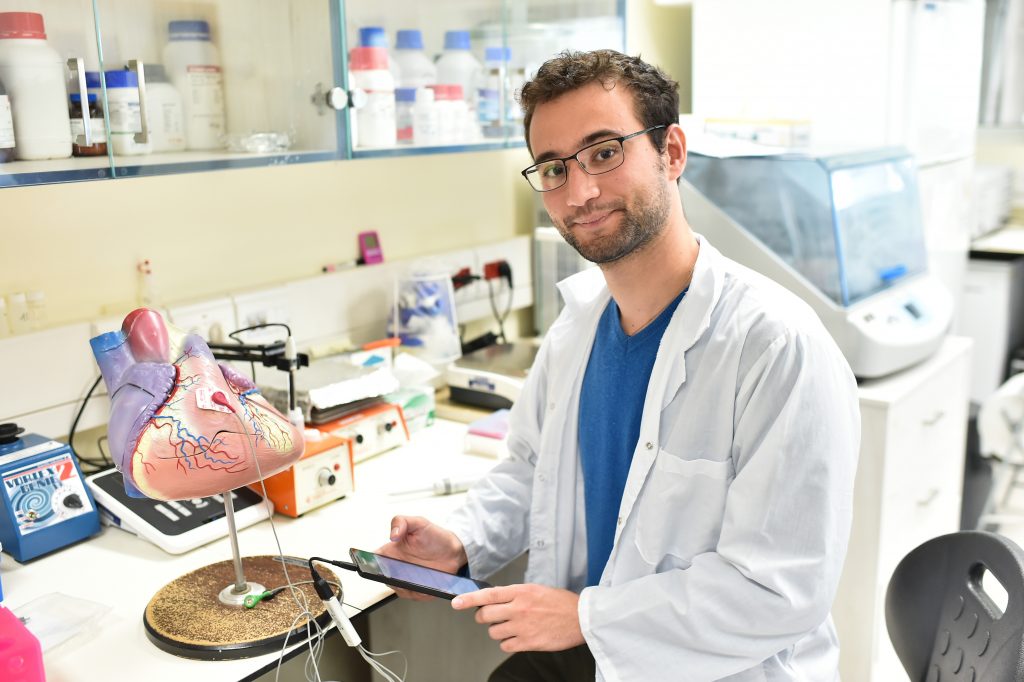 OSA is characterized by halts in breathing that last for 10 seconds or more during the night and lower oxygen levels in the blood. The syndrome causes fatigue and sleepiness during the day, which can lead to inefficiency and accidents while working, and in some cases, to road accidents. OSA also increases the risk of developing diabetes and cardiovascular disease.

The study was led by Dr. Joachim Behar, a member of the Technion’s Faculty of Biomedical Engineering, and the research team’s findings were published in The Lancet Group’s open-access journal EClinicalMedicine.

“Sleep apnea can be treated effectively, but many sufferers remain undiagnosed,” said Behar.

The technology used to diagnose the syndrome in sleep labs, called polysomnography, records brain waves and the oxygen level in the blood, as well as the heart rate, breathing and eye and leg movements during sleep.

Although polysomnography is effective in diagnosing the condition, it is not widely available because of its prohibitive costs. OSA diagnosis may also be carried out with home monitoring equipment, though this option is not without cost, nor is it easily accessible to the general population at risk. Less expensive diagnostic methods, based on questionnaires and upper-respiratory morphology, are not accurate enough.

The technology that Dr. Behar and his team developed is based on data from 887 subjects from the general adult population in Sao Paulo, Brazil. The technology received this data and, using artificial intelligence, succeeded in differentiating between OSA sufferers, and those who do not have it.

The diagnosis was made on the basis of integrating biomarkers obtained from the patients that include oxygen saturation (pulse oximetry) during sleep, demographic information (such as age, height, and weight) and anthropometric information such as neck dimension. The system was able to successfully identify all-important clinical cases of medium or severe OSA. Standardized sleep apnea diagnosis questionnaires, by comparison, missed more than 15% of severe cases. The use of pulse oximetry only detected all severe cases, but failed to identify some of the medium OSA cases.

“This means that the model we developed is a reliable and effective tool for identifying sleep apnea in large populations,” Dr. Behar said. In the future, with the development of a suitable mobile application, the model will make it possible for anyone with a smart watch or bracelet that includes an oximeter to perform an accurate self-examination for OSA.”

The model the team developed is called OxyDOSA, It is currently available for research at the following URL: https://aim-lab.github.io/oxydosa.html.

Assistant Professor Joachim Behar heads the Artificial Intelligence in Medicine Laboratory (AIMLab) in the Technion–Institute of Technology Faculty of Biomedical Engineering. AIMLab research is focused on the use of artificial intelligence in medicine within the context of physiological time series analysis recorded from portable monitors and wearable devices.

Prof. Behar earned his Ph.D. in biosignals processing and machine learning from the University of Oxford, under the supervision of Prof. Gari D. Clifford and Dr. Julien Oster. He is a two-time winner of the MIT-Physionet-Computing in Cardiology Competition in Biosignal Processing. 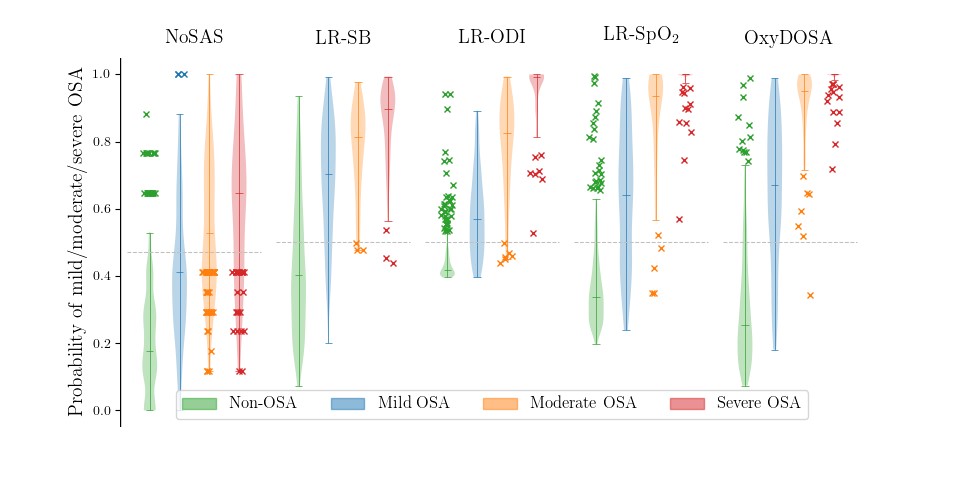 Total distributions (“violin chart”) for different patient groups (no OSA and with OSA – mild, moderate and severe). The dotted horizontal line marks the threshold at 0.5, above which each patient will be considered suffering from OSA.

To the article in EClinicalMedicine